A growing number of organizations looking for a viable storage solution for their dedicated servers or virtualized workloads, which require some serious heavy lifting for their high-performance computing solutions are considering Solid-State Drives (SSDs) as a viable storage solution to increase their data center performance, efficiency, reliability and lowering overall operating expenses.  SSDs can be categorized into two:  enterprise  SSD and client-grade SSD). The former one is mostly used for enterprise operation and offers a higher standard for performance and endurance than the latter one.

In this post, we’ll discuss why you need to choose enterprise SSDs for your workloads and to ensure data protection, plus give you some info for making the right choice. 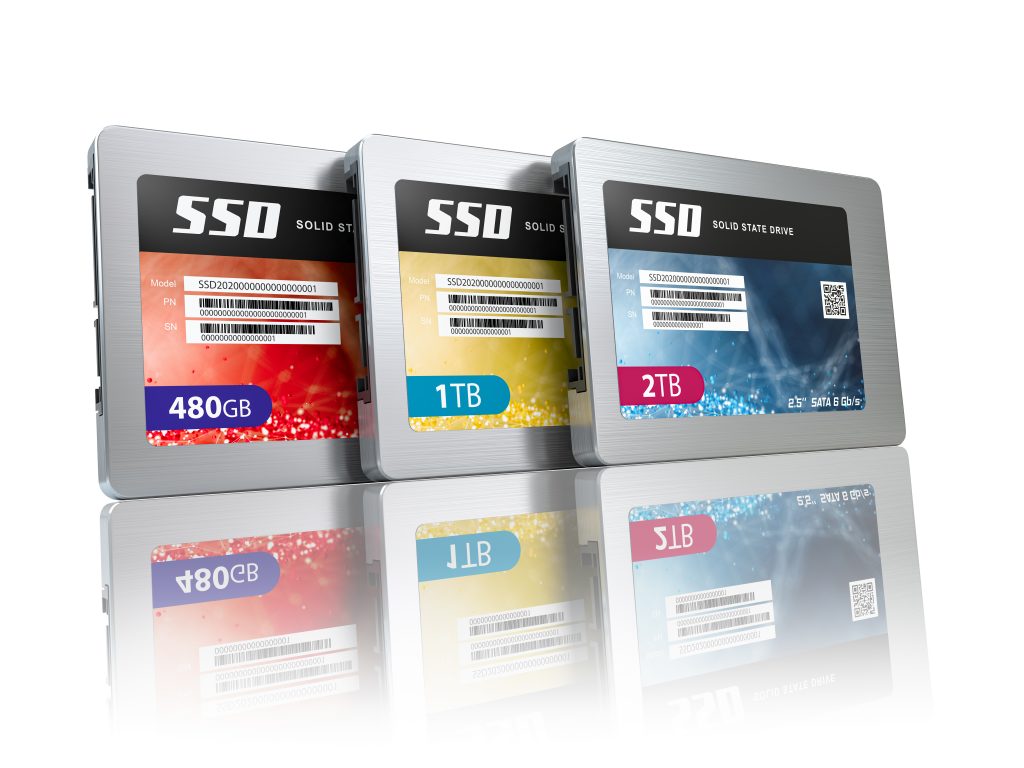 Performance
The SSD controller runs complex sequential and random data requests of logical blocks into NAND flash read and write requests. This enterprise SSDs helps data center to process millions of bytes of random data, like for example technical data for large corporations, seismic data for analysis (e.g- Big Data) or accessing worldwide customer data for banking transactions (e.g- OLTP), the storage devices must be accessible with the least amount of latency and can involve a large number of clients needing access to the same piece of data simultaneously with no degradation in response time. User experience is based upon having low latencies, which increase user productivity.

A client application will only involve a single user or application access with a higher tolerable delta between the minimum and maximum response time (or latency) on any user or system actions.

Complex storage arrays using SSDs (e.g., Network Attached Storage, Direct Attached Storage, or Storage Area Network) are also adversely affected by mismatched performance and can cause havoc on the storage array latency, sustained performance and ultimately, quality of service as perceived by users. Enterprise-class SSDs are optimized not only for peak performance in the first few seconds of access but using a larger over-provisioned area (OP) they also offer a higher sustained steady-state performance over longer periods of time. This guarantees that the storage array performance stays consistent with the organization’s expected Quality of Service requirement during peak traffic loads

Converting between TBW and DWPD is simple:

Enterprise SSDs also vary from client SSDs at the time of the working cycle. An enterprise-class SSD must be able to hold off a heavy read or write activity in scenarios typical with a datacenter server requiring access to the data for entire 24 hours every day in the week compared to a Client class SSD which is generally, utilized for only 8 hours a day in the week. Enterprise SSDs have a 24×7 working cycle compared to client SSDs with a 20% duty cycle (where 80% in idle or sleep mode during computer usage).

Factors: Error Correction, Overprovisioning, and Firmware
SSD endurance is limited because the NAND  that powers SSD has a finite number of P/E(program/erase) cycles.

It can be affected by other factors around the NAND, for better or worse. SSD endurance can be improved with three main factors:  error correction, overprovisioning, and firmware.

Error Correction:
The main difference between enterprise SSD and client-grade SSD is error handling. Unexpected power failure, random bit flips in the data path or controller, and other flash errors can cause data corruption. Enterprise SSDs have power loss protection. They make use of protection capacitors on the PCB to supply enough power to run the SSD and complete any uncompleted writes left in RAM before they discharge in an unexpected power failure. Enterprise SSDs also have end-to-end data path protection to prevent corrupted data from being written into flash. Advanced error correction techniques can help retrieve data from even marginal flash cells and can dramatically extend the NAND cell’s usable lifetime.

Overprovisioning:
SSDs are built on NAND cells.  To get the highest levels of performance and endurance, the first generation enterprise SSDs often used single-level cell (SLC) NAND flash, which stores a bit per cell and  By increasing the number of bits in each cell, manufacturers can increase the overall capacity of the SSDs and lower the cost per bit. However, it may also result in a decrease in endurance. Enterprise SSDs are generally single-level or multi-level cells. In contrast, client-grade SSDs can be triple-level cell (TLC) or higher. Even if both the SSD’s use MLC, the enterprise SSD is likely to have a higher number of write cycles. This is because Enterprise MLC drive comes with an intelligent controller that can extend SSDs’  lifespan and increase usable write performance by increasing the over-provisioning and allowing for efficient data management.

Firmware:
Finally, the firmware that runs in the SSD, can intelligently manage the flash from inside of the SSD.  The more experience a company has with end-user workloads. the more intelligence it can embed in its firmware to help maximize the endurance.

Conclusion
All in all, It’s highly recommended to use enterprise SSDs for dedicated servers that need to handle enterprise workloads. They have better Endurance and over-provisioning, more sustained performance, lengthier warranty, better power loss, and data protection causing less data loss than client-grade SSDs.Understanding the above reasons can act as an effective tool in minimizing and managing the risk of your dedicated servers and SSD storage servers.