When it comes to data storage, most users wonder whether SSDs are more reliable than HDDs.  Many of us know that solid-state drives are superior to their counterpart hard disk drives. However, depending on your specific needs, one device can be better than the other. If you’re looking for a data storage device, you need to consider whether you want more storage space at an affordable price or prefer a fast and shockproof drive. The traditional hard drives are less expensive than all-electronic solid-state drives. But as far as reliability is concerned, it becomes crucial to take a closer look at both technologies.

When it comes to laptop or desktop storage, hard disk drives (HDDs) and solid-state drives (SSDs) are the two main storage options.  They both differ in terms of speed, capacity, cost, and lifespan. There are pros and cons of each type of drive, and choosing the right one depends on how you use your computer. So, to find out if SSDs are more reliable than HDDs, let’s understand the difference between the two and compare them side by side. 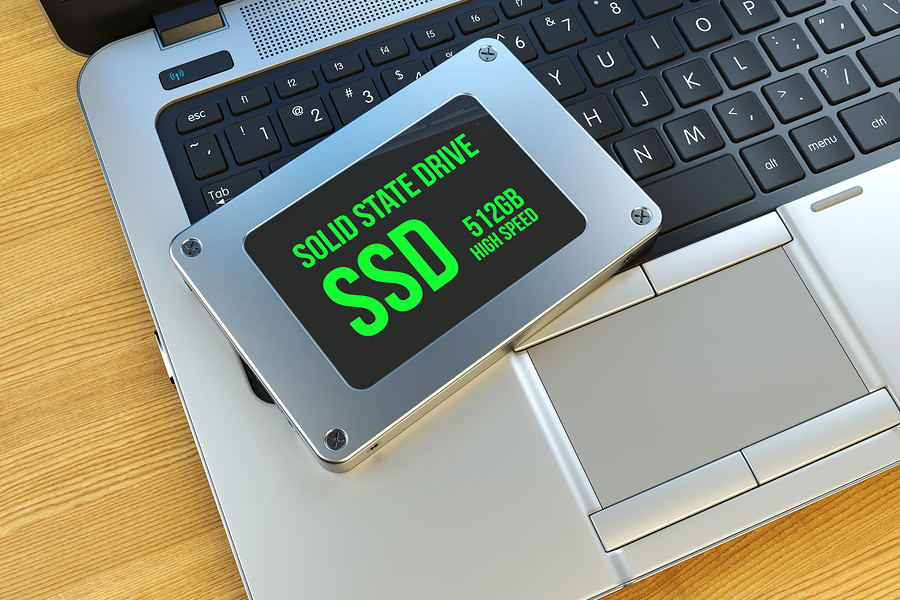 What is HDD?
Most desktop computers and economical laptops have hard disk drives. The traditional hard drive technology is the oldest and HDDs have been around for more than 50 years. Over the years, various manufacturers have improved this technology to introduce HDDs with higher storage capacity and smaller physical size. Hard disk drives consist of spinning disks, or platters, an arm, I/O controller, firmware, and a motor to spin the platters and move the arms. The actuator arm with several “heads” allows reading and writing data on the disk and the spinning disks stores data magnetically. The platters are organized into concentric circles and spin at predetermined speeds that are typically 4200 rpm to 7200 rpm. It is this spinning speed that determines the drive’s read/write rates. The higher speed hard drives are able to read and write data faster. HDDs are available in two common form factors: 3.5 inches (commonly found in desktop computers) and 2.5 inches (laptops).

Pros & Cons of HDDs
The hard disk drive technology is time-tested and these devices are less expensive than solid-state drives. It means that HDDs offer the same amount of storage or even more at a cost less than SSD. However, on the downside, the mechanical parts in the HDDs make them more prone to damage and data loss. Unlike SSDs that electronically find and retrieve data, HDDs use spinning parts to read and write data. This physical process of finding and retrieving data takes more time. HDDs are also fragile and may fail if they are handled roughly or dropped. Moreover, traditional HDDs consume more energy and are heavier than SSDs.

What is an SSD?
A solid-state drive (SSD) is a newer storage technology than HDD. Most of the modern and high-end laptops come with an SSD as a boot drive. Instead of moving parts, SSDs work on NAND flash memory. Both SSDs and HDDs are used for the same basic function but SSDs store data on interconnected flash memory chips. This technology allows retaining the data even when there’s no power flowing through them. As an electronic storage option, SSDs are less prone to damage and mechanical failure. It consists of NAND chips and as the number of memory chips increases, the storage capacity also increases. With the technological advancement, modern SSDs are designed to have more NAND chips and that has made SSDs capacities similar to HDDs.

Pros and Cons of SSDs
SSDs are built on superior technology and that makes these drives more durable, faster, and lightweight. Minor accidents like drops and falls have little impact on SSDs because they don’t have fragile moving parts. Also, they have better performance in terms of speed. There is less data fragmentation, little or no noise, and less energy consumption. However, as compared to HDDs, SSDs are more expensive in terms of dollar per gigabyte. For instance, you can get a 1TB internal 2.5-inch hard drive for around $40 and $60, but the same capacity SSDs start at around $100.

SSD vs. HDD: Are SSDs more reliable than HDDs?
By now, we all know that SSDs are faster than regular spinning mechanical hard drives. But now coming back to the main question- are SSDs more reliable than HDDs when it comes to long-term use? To understand how reliable SSDs are and how much usage you can expect to get out of it, you need to understand a few more things. To determine the reliability of a solid-state drive, you need to consider some metrics like P/E cycles, TBW (Terabytes Written), and MTBF (Mean Time Between Failures).

SSD Reliability and Durability
With an SSD, you can expect your computer to boot in less time and your applications to load faster. But you might be wondering whether SSDs are reliable for storing your valuable data and will they last as long as an HDD. So, let’s find out!

Unlike HDDs, solid-state drives have a finite number of reads and write before they fail. It means that even though they are less vulnerable to physical damage like HDDs, all SSDs eventually fail. Some unexpected circumstances, like theft, flood, or fire lead to SSD failure and data loss.  But other than that, SSDs can tolerate some level of extreme and harsh environments and may even withstand accidental drops, shocks, or vibration.

However, NAND technology has specific properties that determine how long an SSD will last. To write new data on a NAND cell, the older data on that same cell must be erased. The P/E cycles of SSDs refer to the number of times memory cells can be programmed to erase and rewrite data. The reliability of an SSD depends on its P/E cycles, TBW (terabytes written), and MTBF. Typically, most SSDs have P/E cycles between 500 to 100,000 P/E cycles.

Another factor to consider is the Terabytes Written (TBW) which is a measure of the total amount of data that can be written to an SSD before it is likely to fail. The reliability of SSDs is also estimated by MTBF (mean time between failures). So, basically, SSDs are more reliable than HDDs but their reliability also depends on the technology of the drives and how they’re used. Under normal use, you can expect an SSD to last for years.