AT&T, second only to Comcast as the largest broadband Internet provider in the US, has begun to impose “data allowances” on its customers, mimicking the data provision practices more commonly found among mobile service providers.

According to AT&T, U-Verse customers already fact limits between 300GB to 1TB depending on their plans before the switch over. While this allotment would allow for 100 to 400 hours of high-definition video streaming per month (according to AT&T), the significance of the shift in how data is given out speaks louder than how much data is given out in the first place.

Many industry analysts see the change as a transformation in home internet business models that could ratchet up the price of internet for broadband subscribers. Take into consideration a situation in which a U-Verse customer has a hypothetical 250GB cap that wasn’t generally enforced. That same customer will now have to pay $10 per extra 50GB, and if the customer wants to switch to an unlimited plan, he or she will have to pay $30 extra per month. Customers who are also television service customers through AT&T (be it through U-Verse TV or DIRECTV) can also get unlimited data for no extra cost.

And AT&T isn’t the first company to experiment with making these kinds of changes. Comcast has also been testing 1TB allowances in around 15 different metropolitan regions. In these scenarios, customers who exceed their data limits are charged $10 per extra 50GB used or given the option of paying $50 for an unlimited data plan.

According to Comcast, this change in fee layout is unlikely to have a big effect short-term. The company claims that its average customer uses only 60 gigabytes per month to begin with. However, the data usage of today may shrivel in comparison to that of tomorrow, especially since streaming services like Netflix and Amazon Prime are beginning to offer increasingly more of their content in full, 4K resolution. As customers begin to shift over from paid-for television to internet-based streaming video services, they’ll begin to use a whole lot more data. If data limits don’t increase to reflect that (which they would be unlikely to do), these experimental new pricing structures utilized by Comcast and AT&T could add up fast, especially in households where multiple members stream different content simultaneously.

Unfortunately, that would only further hinder the households who are already struggling to afford the price of internet access in their home. Pew Research recently conducted a study that found that a significant number of households that lacked Internet access cited price as their main reason for lacking what has become a necessary commodity in our modern world.

Counter intuitively, the number of households with broadband connections actually dipped from 70 percent in 2013 to 67 percent in 2015. On the other hand, households opting to pay for only mobile internet access but not fixed-line internet access did grow, so the dip is more likely due to people taking issue with broadband providers than people becoming disinterested in maintaining their access to the internet. 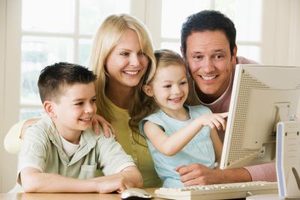 That said, the digital divide does exist, and upping the price for internet access will only widen it. In fact, more fissures may open up between those who have limited internet access and those who can take full advantage of high-bandwidth applications like streaming and video conferencing.

While internet users who use huge amounts of data don’t affect their more sparing neighbors, Comcast has cited fairness as the main reason behind this change in charging structure:

“The idea is those who use more pay more,” said Comcast spokesman Charlie Douglas. Seems to make sense, but critics have shot back that Comcast and other companies are using this method as a way of keeping providers from cancelling their pay TV packages.