Although it’s pretty widely accepted that a failed hard drive can be a horribly stressful issue, higher-ups at Google have openly stated that manufacturers need not worry about their hard drive’s reliability in the future. 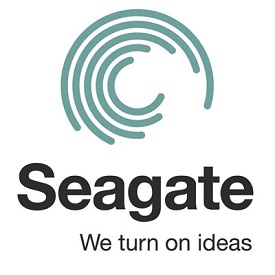 That is likely welcome news for Seagate, which faces class-action law suits for its consistently failing 3 TB drives.

Regardless of Seagate’s legal woes, Google has claimed that hard drive reliability is becoming less relevant than ever before because hard drives will be used largely for cloud storage as opposed to personal laptop storage or mobile devices.

“This shift has a range of interesting consequences including the counter-intuitive goal of having disks that are actually little more likely to lose data, as we already have to have that data somewhere else anyway,” commented Google infrastructure Vice President Eric Brewer.

According to Brewer, the rise of hard drives being used for cloud storage (meaning that all data will always need to be backed up) makes it easier for hard drive manufacturers to take profit from the many strategic advantages of incorporating planned obsolescence into their products’ design. This will provoke a major change in the hard drive industry, which has conventionally been geared towards attracting potential customers with competitive reliability ratings.

Brewer explained that hard drive design will shift more importance towards the design of hard drives that are meant to function in groups as opposed to on their own. As most personal devices make the switch from hard drive to solid-state drive storage (which offer faster operation times as well as increased reliability), this trend is expected to only pick up pace. Solid-state drives are even expected to become less and less expensive, only furthering the spread of the technology. That said, the current and substantial price difference between solid-state and hard drive storage is wide enough to provoke Google’s interest in optimizing traditional hard drives for use in its data centers. 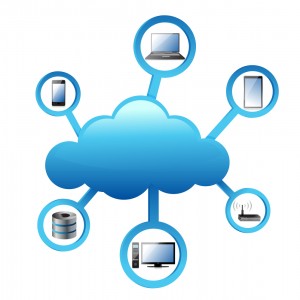 Google even recently released a statement regarding its suggestions for hard drive manufacturers interested in improving future hard drives. Brewer stated that these suggestions range from “physical changes, such as taller drives and grouping of disks” to “shoter-term” firmware changes.

“We hope this is the beginning of a new era of ‘data center’ disks,” writes the paper’s authors, which include Eric Brewer, Lawrence Ying, Lawrence Greenfield, Robert Cypher, and Theodore T’so.

More specifically, the paper states that disks “form the central element of Cloud-based storage, whose demand far outpaces the considerable rate of innovation in disks.”

“Exponential growth in demand, already in progress for 15+ years, implies that most future disks will be in data centers and thus part of a large collection of disks,” continue the writers. “We describe the ‘collection view’ of disks and how it and the focus on tail latency, driven by live services, place new and different requirements on disks. Beyond defining key metrics for data-center disks, we explore the range of new physical design options and changes to firmware that could improve these metrics.”

The paper is written in clear contrast to those tech analysts who are quick to state that hard drive disks are doomed to the same fate as the floppy disk. On the contrary, these Google writers believe that though hard drives may not retain their stature in the individual consumer markets, they will reserve an important place in the data storage industry.

“The ideas presented here provide some guidance and some options, but we believe the best solutions will come from the combined efforts of industry, academia, and other large customers,” state the writers in their essay’s introduction. Clearly they predict a foreseeable, if somewhat transitional future for the hard drive.