A few years back, PC users had little choice about what kind of storage to get in a laptop or desktop computer. But with technological advancement, it is now possible to choose a storage drive depending on your needs and budget. At present, two main types of hard drives are available on the market: a hard disk drive and a solid-state drive. Now you may wonder what the difference between these hard drives is and how to pick the right one. Keep reading to find out! 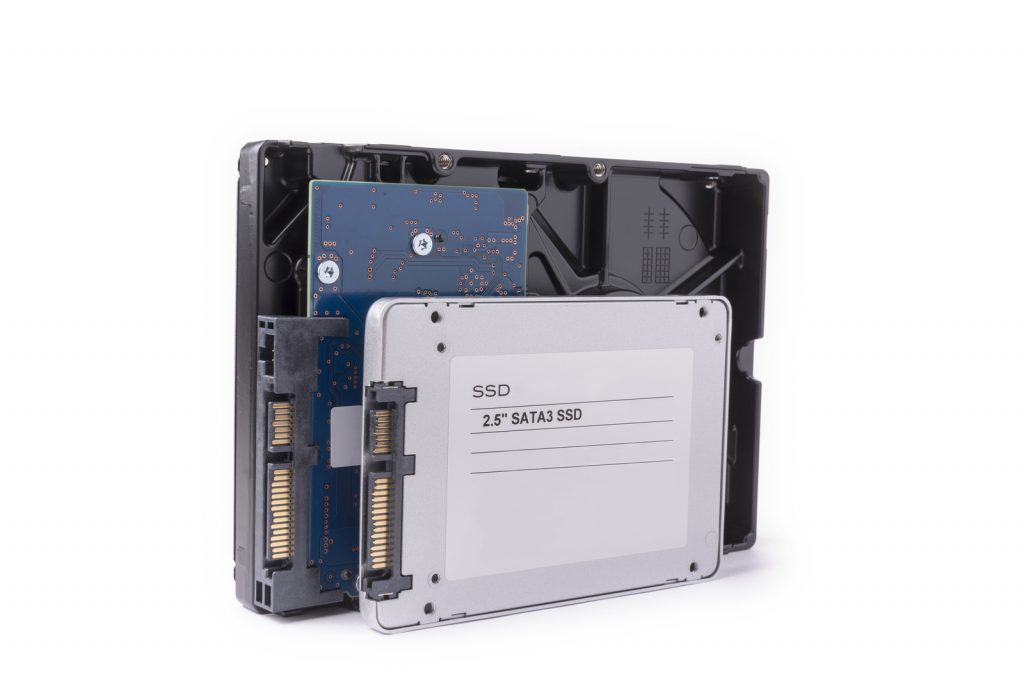 Both, Solid-State Drives (SSD) and Hard-Disk Drives (HDD) offer storage solutions with similar physical specifications. These hard drives not only store your computer’s memory but also contain code that launches systems and performs other critical functions. But what’s the difference between SSDs and HDDs? Let’s first find out the difference between the two hard drives and then take a look at their pros and cons.

What is a Hard Disk Drive?
Hard disk drives have been around for more than 50 years and are most widely used. A Hard Disk Drive (HDD) stores and retrieves information on a computer. It consists of one or more magnetically sensitive platters, an actuator arm with a read/write head on it for each platter. The data is stored on the platters and the actuator arm on the disk reads the data. HDDs are popular among PC users because of its massive storage capacity and low cost.  Over the years, the technology has improved which has increased the storage capacity of HDDs and decreased their physical size.

What is a Solid State Drive?
A Solid State Drive (SSD) is usually found in laptops. It is a type of storage media that has no moving parts. SSD uses flash memory to find and read the data. SSD consists of a flash controller and memory chip to store information. Similar to USB drives, SSDs use NAND technology.

HDD vs. SSD
Both these hard drives do the same job but each has some pros and cons. So, let’s take a look at the benefits and drawbacks of using each one.

If speed is your concern, you should consider using an SSD. An SSD is designed to reduce the waiting time dramatically. An SSD uses flash storage which means that it takes up less space in a PC case. These are much faster than their HDD equivalent. The flash memory of SSD delivers superior performance and durability. Also, because there are no moving parts, SSDs are more durable than HDDs. However, on the downside, SSDs are expensive than HDDs and their lifespan isn’t as long as that of an HDD.

If you’re looking for mass storage and a cheaper drive, HDD is the right choice for you. A hard disk drive can be used for storing a lot of games and heavy files at an affordable price. An HDD of more than 1TB size can be purchased for a fraction of the cost of their SSD equivalents. SSDs are inherently faster but due to the rotary recording surfaces, hard drives perform best with larger files that are laid down in contiguous blocks.