Every one of us uses hard drives to save essential information, documents, audios, videos and other files, but only a few of us knows that storing devices including hard drives have a limited lifespan. 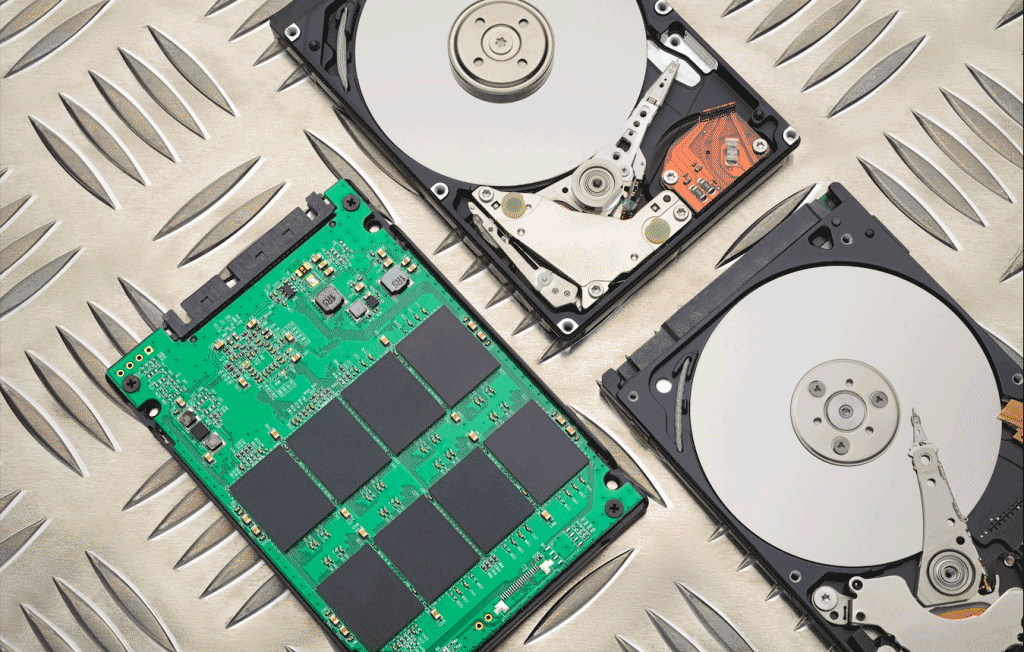 If we talk about the lifespan of hard drives in the real sense, it would be no more than 3-5 years depending upon how you keep it. Unfortunately, it is hard to contemplate the reason behind the crash of your hard drive since there are numerous causes. Sometimes, your hard drive may respond and work for a short time before it starts to fail. Besides, here are several warning signs that people rend to neglect-

– Displayed error messages when trying to operate files.
– Slow processing and opening of files by CPU.
– Unresponsive and a blank screen.
– Repeated system reboots and disk errors.
– Files being deleted or moved.
– Unable to locate files and folders.
– Strange noises and clicking from the drive.

If your computer or laptop is facing any such problem mentioned above, turn off the device and take it to the hard drive data recovery specialist.

Here are some Common Causes of your Hard Drives Failing:

Hard drives are sensitive to physical and environmental factors such as heat, humidity, dust, power surges, force and pressure. Besides, to identify the cause of the damage that had occurred to your device, you must locate either of the factors- logical failure, mechanical failure and firmware failure. Let us discuss them in brief-

Mechanical Failures- Hard drives consists of numerous components that are susceptible to mechanical failures such as shocks, power surges and control errors. Down below are some examples-

a. Power – Variation in voltage and power surges can roast the intricate and sensitive components of a hard drive which could either result in non-functionality or clicking sounds from the disk.

b. Heat – A impaired fan or blocked vent could overheat your CPU which results in heating of the desktop and slow movement in the fan.

d. Force Exertion- Dropping your hard drive or exerting any kind of physical force can damage the drive both internally and externally.

Logical Failures- Logical failures doesn’t involve physical faults that are mentioned above; they are related to errors that persist when something goes wrong inside the system. Logical Crash may involve virus intrusion, software bugs, accidental deletion of files, system corruption and malware. Sometimes it is easy to detect a logical failure, but most of the time, it becomes challenging to find the cause during the time of data recovery. Down below are some examples of logical failure-

a. Software error- Cybercriminals and hackers will not leave a single chance to get into your systems since they can make a lot of money via random data. Besides, virus, malware, spyware, ransomware are other reasons that can corrupt the data.

b. User error- Editing the internal functions of the system with a lack of knowledge can affect your hard drives.

Firmware Failures or Manufacturer’s Faults- Firmware failures are somewhat similar to logical faults where the problems arise in the software that controls the device and is hard to detect sometimes, making the data inaccessible. The cause of firmware failure is it freezes the hard drive, or it remains unidentified by the computer.

Many a time, the assembly of the parts of your hard drive will not be accurate enough, leading to a shorter lifespan of your hard drive or consistent failures. This usually happens because of the manufacturer’s fault. In such cases, if you have bought a hard drive that doesn’t work well at all, it is better to return it immediately. Or if you are too late to return it, then keep a backup of your data on some other external device and take the faulty hard drive to your data recovery specialist.