This week, a US federal court ruled that the United States government did not have the authority to force Microsoft to turn over data stored in other countries. The decision overturned the original ruling made by a magistrate judge in 2014.

The case revolved around data stored in Microsoft’s data center in Dublin. The US department of Justice attempted to force Microsoft to allow it to access an email server in the center. According to the first judge who heard that case, while Microsoft’s position over giving federal access to servers outside the US was “not consistent” with statutory language, it was still “undermined” by the structure of the Stored Communications Act.

When the original ruling occurred, Microsoft deputy general counsel David Howard accepted the timeframes that forced him to first go through a magistrate judge before a US district court judge and then eventually to end up at the federal court of appeals. The 43-page ruling filed earlier this week concludes that “Confress did not intend the SCA’s warrant provisions to apply extraterritorially.”

“The SCA warrant in this case may not lawfully be used to compel Microsoft to produce to the government the contents of an email account stored exclusively in Ireland,” the report reads. “We therefore reverse the District Court’s denial of Microsoft’s motion to quash; we vacate its order holding Microsoft in civil contempt of court; and we remand this cause to the District Court with instructions to quash the warrant insofar as it demands user content stored outside of the United States.”

Microsoft was pleased with the ruling, Microsoft president and chief legal officer Brad Smith stating that “Since the day we filed this case, we’ve underscored out belief that technology needs to advance, but timesless values need to endure.”

“We obviously welcome today’s decision by the United States Court of Appeals for the Second Circuit. The decision is important for three reasons: it ensures that people’s privacy rights are protected by the laws of their own countries; it helps ensure that the legal protections of the physical world apply in the digital domain; and it paves the way for better solutions to address both privacy and law enforcement needs.”

“Privacy and the proper rule of law stand among these timeless values,” Smith continued. “We head from customers around the world that they want the traditional privacy protections they’ve enjoyed for information stored on paper to remain in place as data moves to the cloud. Today’s decision helps ensure this result.”

The US Department of Justice was predictably “disappointed” by the decision, though it still has not announced whether it will be appealing the case. If it were to appeal, the case would next be heard by the United States Supreme Court. 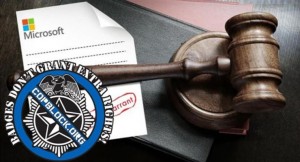 Smith feels more sure of Microsoft’s future: “Today’s decision means it is even more important for Congress and the executive branch to come together and modernise the law. We’re confident that the technology sector continue to roll up its sleeves to work with people in government in a constructive way. We hope that today’s decision will bring an impetus for faster government action so that both privacy and law enforcement needs can advance in a manner that respects people’s rights and laws around the world.”

Brad Smith is the president of Microsoft and its chief legal officer. He manages the representation of Microsoft externally and leads the company in its work on a number of critical issues including but not limited to privacy, data security, accessibility, environmental sustainability, and digital inclusion.

Many experts believe that this ruling is tremendously important in terms of ongoing cases involving data storage. This case in particular helps to establish precedent for limiting the United States government’s ability to snoop on people who are not US citizens.