The rise of the global pandemic of COVID-19 has seemingly generated an interest in gaming with many people taking to gaming now more than ever before. The announcement of the Xbox Series X and PlayStation 5 releases towards the end of this year has every gaming enthusiast really amped up but among the issues that they may encounter is adequate storage.

Game consoles have an internal storage and built-in memory, along with having a built-in that is temporary and has internal storage that is long-term. It is to be observed that consoles are now formulated with USB ports as well as other outlets for gamers to expand their own external storage, but the question remains about whether that amount of storage capacity would be sufficient for the new games which are slated to be released. 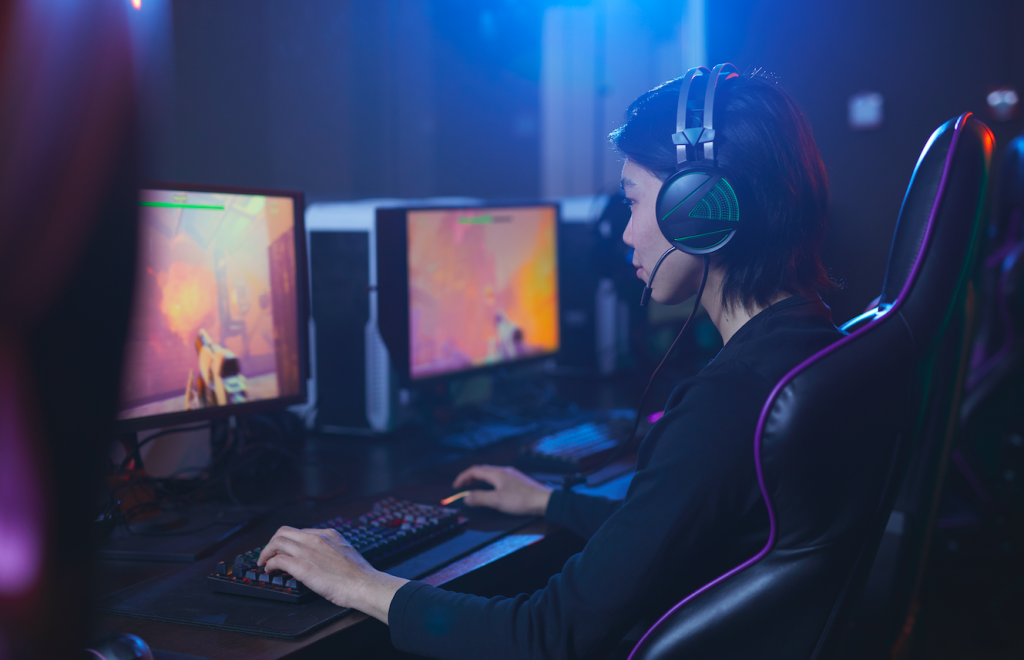 The Timeline of the Storage Methods
Manufacturers of video games such as Microsoft are direct producers of Sony and Xbox and are also the pioneers of PlayStation. Such a company has made many strides in terms of their storage capacity. Their competitors in the market include Super Nintendo Entertainment and Atari which has also seen much success in their peak popularity phase. The initial storage methods were in the form of VHS and cassette tapes before making the transition to game cards and then eventually plastic-coated cartridges. Shortly thereafter, memory cards were produced coupled with disc storage.

All that has contributed significantly to todays’ internal storage that is equipped with optional slots for memory cards as well as other types of external media. The PlayStation 4 comes with a storage capacity of 500GB whereas the Xbox One X, which was introduced in the year 2017, is equipped with a 12GB internal memory as well as a 2TB hard disc (HDD) for additional storage. The said games are the latest models of consoles prior to the 2020 versions release during the latter part of this year. The latest Xbox Series X is expected to have 16GB of internal storage plus 1TB of storage by way of a solid-state drive (SSD). Furthermore, the latest PlayStation 5 will come with 16GB of internal memory along with 825GB of storage while also utilizing an SSD.

What is the Amount of Storage that a gamer should have?
The latest Xbox is formulated to have a storage of USB 3.2 external along with HDD for that extra storage. In the case of the new PlayStation, there will be both a USB-C port and USB port which is anticipated to have ports for Ethernet cords and HDMI cords as well. This in turn, will permit users to have additional external media in order to save and track their gaming progress as well as other portions of the game. However, there is an issue that impacts gamers and that is having sufficient storage space for the actual game itself which are downloaded onto the system.

There are numerous games such as GTA range and Call of Duty which range from 75GB to well over 100GB at the time of downloading which then calls for more storage. In such cases, it is advisable for gamers to make use of external media in case they wish to download more than 3 or 4 games which depends largely on the size. But there is a loophole about whether to utilize SSD or HDD. Even if a hard drive has a greater capacity for storage, retrieving and transferring data is very slow. In the case of the SSD, however, there might be less storage space, but you can be assured that it will run smoothly and will also allow for past-paced game loading as well as productive gameplay.

Owing to lower storage capacity in a console’s RAM, there are times in which games need to be stored on external media devices.

Always make sure to Protect your Digital Files
While it might be true that the primary objective of the consoles is to be able to play video games, technologically savvy users may decide to use them for disc players to be able to view DVDs or even Blu-ray discs. These consoles can also have an internet and television connection for easy streaming of movies and TV shows. Gaming console for external storage is done more for the purpose of saving the game before the game reaches the “boss stage” and will function as the primary hub of the entertainment centre.

Both SDDs and HDDs alike are utilized for external storage and even though the primary system may have minimal internal storage, chances are that it may not be sufficient enough for the media centric activities that you want to undertake with your gaming console. So while you are utilizing any type of media, chances are that it may get disrupted or damaged because of the user errors or even the typical wear and tear. When this happens, this is when you undertake the services of a data recovery operator. Engineers who specialise in data recovery typically have years and even decades of experience and are adept at working with media types and operating systems especially when it comes to retrieving files including that of graphics, photos, movies etc.