A recent information leak has revealed that spy officials voiced concerns in 2010 regarding shortcomings in the UK’s data collection methods. Apparently UK security services have been collecting so much private data about UK citizens that they’ve actually risked overlooking the threats that they seek. 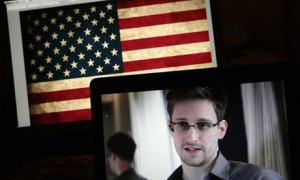 These concerns were stated in a draft report that was written for the UK government but was obtained by the Intercept website from American privacy advocate and whistle-blower Edward Snowden. The report was marked classified and dated 12 Februrary 2010. It is thought to have been prepared by British spy agency officials in order to inform the government’s Cabinet Office and Treasury Department about the UK’s surveillance capabilities.

According to the report, “life-saving intelligence data” could have been missed.

The document further states that “The security service… can currently collect significantly more than it is able to exploit fully… This creates a real risk of intelligence failure from the service being unable to access potentially life-saving intelligence from data that it has already collected.”

The revelation of this report may prove crucial in the formation of the Investigatory Powers Bill, a piece of legislation currently being debated in Parliament. The bill is meant to address and update the UK government’s surveillance capabilities and currently aims to give legal backing to the bulk collection of internet traffic. The bill also proposes the requirement of service providers to store browsing records for up to 12 months.

While the UK government has stated that these additional powers are necessary for them to stop terrorist attacks before they happen, privacy advocates believe the bill goes too far. A revised version of the Investigatory Powers Bill was put forward earlier in 2016 in response to the highly controversial argument regarding whether the bill adequately balanced privacy and security.

The government is somewhat pressed for time, as the bill must be passed through its legislature before the end of the year, when the currently laws regulating the UK’s surveillance are due to expire.

According to critics of the bill, the documents leaked by Snowden demonstrate how mass surveillance is not actually the answer when it comes to stopping terrorism. Pam Cowbun, the communications director for Open Rights Group, said the following:

“We have been calling on the government to make the operational case for costly bulk surveillance programmes that allow the collection of vast amounts of data… As today’s leaks show, there are genuine concerns that mass surveillance is making us less, not more, safe.”

“If the Investigatory Power Bill is passed, even more of our data will be collected,” Cowburn continues, “with internet service providers being forced to record our web browsing history and app use… Surveillance should be targeted towards people who are suspected of criminal activity, not the entire UK population.” 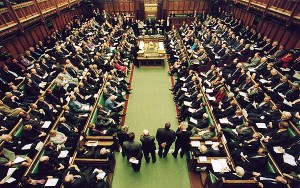 GCHQ had little to say regarding the breach, stating that “It is a long standing policy that we do not comment on intelligence matters.” The headquarters went on to state the legitimacy of its actions:

“Furthermore, all of GCHQ’s work is carried out in accordance with a strict legal and policy framework, which ensures that our activities are authorized, necessary and proportionate, and that there is rigorous oversight, including from the secretary of state, the interception and intelligence service commisioners and the Parliamentary Intelligence and Security Comittee.”

“All our operational processes rigorously support this position,” it concluded.

While the UK’s Home Office has yet to respond to requests for comments, the revelation will likely spark intense debate among UK citizens and legislators alike. If it has indeed been proven that mass surveillance does not help in catching terrorists and the mass population can understand this, there may come a day when we can put our 1984 fears behind us.