Advantages and Disadvantages of Memory Cards

If you’re reading this then most probably you own a memory card or planning to get one. Memory cards, particularly SD cards and MicroSD cards have become the most common media for storing data. Anyone using an android phone, digital camera, tablet, or even a gaming console is most likely to own some type of memory card. SD and MicroSD cards are the most popular type of memory cards because of their affordable prices, durability, and sufficient storage space. Unless you’re a professional recording 4K videos or shooting high-resolution pictures, a MicroSD card can easily meet your data storage needs. This tiny yet durable device provides a convenient way to expand the storage available on the device. It can be used as portable or internal storage but similar to any other form of media, it is not an ideal device. All types of memory cards, including SD cards, have some pros and cons. But before we delve into those advantages and disadvantages, let’s first understand what a memory card is. 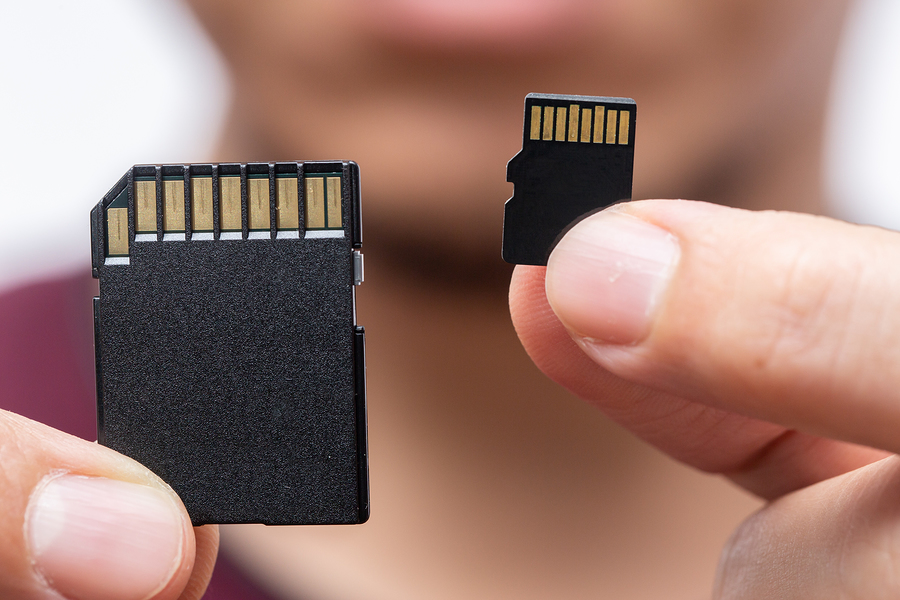 What is a Memory Card?
A Memory Card is a type of data storage media that can be inserted inside a device such as a mobile phone, tablet, game console, MP3 player, or camera. Also known as a flashcard, it provides a permanent and non-volatile medium to store data such as photos, videos, music files, documents, games, and more. It is a small storage medium that comes in various forms such as SD cards, Micro SD cards, CF cards, CFast, CFexpress Card, and more. However, the most commonly used format is the Secure Digital (SD) and MicroSD Cards.

Table: Types of Memory Cards
Memory cards are preferred by most users because of their small size, affordable prices, and decent performance. However, it doesn’t mean that SD and Micro SD cards are flawless. SD cards have become a necessity because without them portable devices like mobile phones, digital cameras, and MP3 players can’t save anything. However, there are also some drawbacks to these small memory cards. So, if you’re using SD or Micro SD cards, it can be interesting to find out the pros and cons of using this storage medium.

Advantages of SD and MicroSD Cards

Reliable
SD cards are similar to solid-state drives that don’t have any moving parts. Unlike magnetic tape, these flash memory cards are not susceptible to magnetic fields. The best MicroSD cards are robustly designed to avoid physical damage. The other storage devices like hard disk drives consist of moving parts that make them vulnerable to mechanical failures. Memory cards, on the other hand, are small, compact, and lightweight. They are easily inserted inside a phone or camera that prevents physical damage from outside elements.

Portability
Most memory cards are quite small in size as compared to other types of storage media. Even the cards with the highest storage capacity have the same small size that makes them portable. These tiny cards can hold a huge amount of data and can easily fit inside any device. Even when the card is not inserted inside a device, it can be stored anywhere and carried out without worrying about weight or bulky size. When carrying a hard drive around, there’s a risk of damage. But jolt or minor drops don’t harm an SD or MicroSD card.

Capacity
Even if memory cards are small in size, they are available in various sizes to accommodate the storage needs of all users. From college students to professional photographers, everyone uses some type of memory card to store photos, videos, and other important data. Anyone using an android phone, tablet, or digital camera is most likely to have at least one memory card. SD and MicroSD cards are available from 16 GB to up to 1 TB. Some of the latest formats of SD cards can provide several GBs of storage capacity with great data transfer speed- perfect for professional photographers and videographers. For smartphones with limited storage capacity, MicroSD cards are the best option to increase capacity.

Compatibility
SD cards are produced by several manufacturers and numerous devices support these memory cards. From mobile phones and digital cameras to tablets and CCTV, some devices only support memory cards for storing data. For computers and laptops, there are card readers that allow accessing card’s stored data on the computer. The memory cards have non-volatile memory that keeps the data stable and they need a little amount of power. An average capacity SD card is affordable and can be easily used for multiple devices.

Disadvantages of SD and MicroSD Cards

Speed
A typical memory card can meet your data storage needs but it may have a speed issue. The speed of SD cards is slower than the primary memory (the phone’s internal memory). Unless you’re using a high-end memory card format such as a CFast card, most low-cost SD cards have slow read/write speed. The inferior quality cards can even reduce your phone’s performance and make apps run sluggish.

Lifespan
Memory cards have finite read/write cycles because they use flash memory. Similar to USB flash drives and solid-state drives, SD cards also have flash memory that limits the number of times data can be written and deleted (usually around 100,000 times). So, the lifespan of your card will degrade as you keep using it.

Physical Damages
Memory cards are small in size which makes them easier to carry around but also increases the risk of breaking, scratching, smashing, or misplacing. Like any other data storage media, they are vulnerable to physical damages. If the card suffers electronic corruption, it could make SD card unreadable. The metal part of the memory cards is delicate and if that gets damaged, you could suffer data loss.