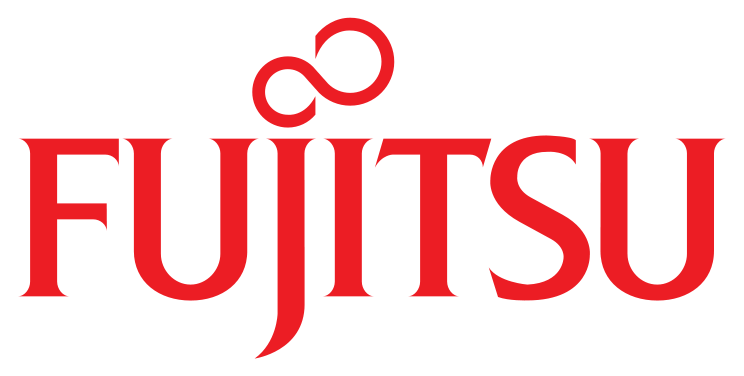 If you have suffered a hard drive crash and require immediate Fujitsu data recovery service, we can help. As a certified data recovery service provider, we can recover data from all Fujitsu devices. Our team can restore deleted files, as well as handle mechanical and logical device failures. We have tools and expertise to recover data from all Fujitsu models. Whether it’s Fujitsu enterprise-level storage product or damaged SCSI devices, we have a solution for all your data storage devices. Our team can recover lost files from standalone devices, as well as RAID arrays. We provide a full range of data recovery services for damaged desktop and enterprise hard drives manufactured by Fujitsu.

Fujitsu Products we work with include, but are not limited to:

At the beginning of the 2000s, Fujitsu experienced a hit to its reputation after manufacturing drives with faulty chips created by Cirrus Logic. The chips would short-circuit, and cause the hard drives to act abnormally. The signs would be similar to that other drives, such as making a clicking or ticking sound, not mounting, or in general refusing to spin. Afterward, Fujitsu completely stopped making 3.5” IDE hard disk drives. Common issues with their other drives will mirror these symptoms, or suffer from logical failures such as accidental deletion, formatting, viruses or malware. If you hear any unusual noises coming from your hard drive, turn off the device immediately and call us. Continuing to use the device can result in further damage to the platters and possibly permanent loss of your data.

At Platinum Data Recovery, we have done our research on every possible failure that your Fujitsu products could develop. With over 15 years of experience, our trained professionals will be sure to pinpoint the issue and exhaust each and every option to recover your data for you. We have on-site an ISO 5 Class 100 Certified cleanroom to allow our engineers to open and inspect your hard disk drives safely and securely. Don’t let your precious data disappear, call the experts. Call Platinum Data Recovery!

As a leading maker of information technology products, Fujitsu hard drives were extremely popular through the early 2000s. The high-quality components of these drives ensure relatively low failure rates and provide a long operating life. Fujitsu HDDs are widely used but like any hard drive, they are prone to failure at any given time. If you need data from a failed Fujitsu drive, consider Platinum Data Recovery engineers. We have successfully recovered data from hundreds of Fujitsu drives. Our qualified and experienced team can recover data from almost any failed Fujitsu storage device, regardless of the fault type. We can perform data recovery operations on Fujitsu Desktop Hard Drive, Fujitsu LIFEBOOK Series, Fujitsu’s enterprise-level storage products, and much more.

The major issue faced by Fujitsu hard drives is defective or damaged read/write heads. To perform Fujitsu hard drive recovery, we have maintained a large inventory of Fujitsu donor parts, as well as established relationships with the parts sourcing companies. Moreover, our data recovery engineers have the experience to treat advanced microcode issues, head failures, and other sources of damage, especially on older Fujitsu models. If you think your Fujitsu hard drive has failed, we can definitely try to retrieve your files. We specialize in recovering data from Fujitsu hard drives used in computers and laptops in the quickest possible time.

What are the common causes of Fujitsu HDD data loss?

Like any other mechanical device, Fujitsu hard drives are also vulnerable to failure and data loss. The most common reasons for the failure of Fujitsu hard drives include head crashes, microcode damage, electrical failure, accidental deletion of files, disk reformatting, and physical damage from fire or water.

A high success rate of over 95% makes us the number one choice for your data recovery needs in Anaheim, CA. Our long list of happy clients is a testimony to our quality data recovery services.

What is the difference between physical and logical Fujitsu HDD damage?

All hard drives, including Fujitsu hard disk drives, may suffer logical file system damage or physical damage. Users may experience logical issues when the file system structures that are used by the operating system to locate the data becomes corrupted, overwritten, or deleted from the file system. Physical damage, also known as an electrical or mechanical issue, occurs when platters get damaged. Issues like a power surge or dropping may damage the hard drive’s PCB or printed circuit board that may cause data loss. It is also possible that the amplifier chip or IC (integrated circuit) located on the drive’s head assembly in the sealed bubble may get damaged and that leads to data loss.

My drive is making a strange noise. Should I open it up to see what is going on?

Hard drives start making strange noise due to many reasons. When you notice any odd sound, you should NEVER try to fix it by yourself. HDDs are delicate and require a safe environment for repair. The repair and data recovery process should only be performed in a safe, certified Cleanroom by a professional who has full knowledge of the drive’s mechanics. A DIY attempt may either destroy your data to a point where it will be unrecoverable or nullify your drive manufacturer’s warranty.

Fujitsu (then known as Fuji Telecommunications Equipment Manufacturing) was established in 1935 as a joint project between the Furukawa Electric Company and a German company, Siemens (founded in 1923). Fujitsu is an innovator in the world of communication technologies and microelectronics. They began by importing and selling telephones and automatic switching systems produced by Siemens, and in 1933 they created their own. In the outbreak of the Second World War in 1939, they invested in radio transmissions. At the end of the war, they used the equipment they developed to rebuild telecommunications infrastructures that were devastated in Japan. In 1954, Japan’s first computer was released by Fujitsu called the FACOM 100, and in 1967 they changed their name officially to Fujitsu and opened their first office outside of Japan in New York. In 1975, they had presented NASA with the Amdahl Corporation’s 470 V/6 mainframe computer and made their first IBM compatible FACOM M series computer.

By 1980, Fujitsu was the largest computer company in Japan. Their first personal computer was released a year later, and then they began development on what would be the first 21” full-color plasma display. They would do the same with the 42” in 1995. Fujitsu began producing flash memory, and by 2006 released the world’s first 300GB 2.5” SATA hard disk drive. Unfortunately, they sold their HDD business to Toshiba afterward, not knowing the promise of the products. They suffered great losses in 2013 and were more recently looking to merge part of their business with Panasonic.