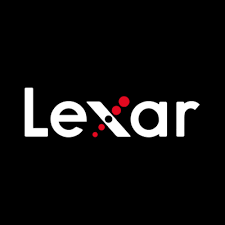 With Platinum Data Recovery, you have the best chances of recovering data from Lexar SSDs, memory cards, and flash drives. As a full-service data recovery company, we offer Lexar data recovery to restore lost data from all Lexar data storage products. Whether your Lexar SSD is dead or your hard drive is not detecting in BIOS, our team can restore your data in all possible situations. However, you need to avoid using hit and trial methods because that might hamper the chances of successful data recovery. To get back your valuable files, contact us as soon as possible. We offer risk-free data recovery and no-obligation quote after assessment.

Where are they used

Lexar memory cards are widely used in modern electronic gadgets like Android phones, digital cameras, camcorder, and other portable devices. These memory devices are trusted by users because they come with various advanced options like high data transfer facility, high-speed performance, etc. The Lexar microSDHC, Platinum II, and Professional SD card are some of the most reliable and safe storage media for storing data files like photos, audios, videos, as well as other documents.  Lexar devices are perfect for shooting photos, capturing video, or simply transferring and sharing files on the go. However, as with every storage device, some situations could lead to loss of data from your Lexar SD card. Despite all the advanced features, sometimes a Lexar card can become corrupted.

Lexar products we work with include, but are not limited to:

Have you lost files like photos, videos, audios, and documents from the Lexar SD memory card? Lexar memory cards may get corrupted due to its file system breaking down. You may also accidentally format your card or the device system may crash. Malicious files such as malware and viruses can also lead to data loss. In such situations, if you don’t have a backup, restoring data from corrupt or inaccessible Lexar cards can be a trouble.

Each data loss situation is unique. We have the skills and the latest equipment to deal with physical damages, as well as logical breakdowns.  You may also lose data if you abruptly remove the Lexar card from the card reader when it is connected to the system. Moreover, software glitches, bad sectors on the card, and extensive rough use all lead to data loss from Lexar cards. If you’re looking to restore lost data from Lexar card, we have the right solution for you. Whether you’ve mistakenly deleted files from your SD card or accidentally formatting the card, we can recover your lost data from Lexar cards. Our data recovery engineers have in-depth knowledge and technical expertise to deliver custom recovery solutions for every data loss scenario. At Platinum Data Recovery, we can recover data from all Lexar devices in all possible data loss scenarios.

What is the difference between an SSD drive and an HDD drive?

How do you recover data from Lexar storage device?

Our data recovery process begins with an evaluation of your device in our cleanroom lab. We will first let you know the cause of data loss and how much time it will take to get your data back. At Platinum Data Recovery, we provide our clients with an exact, down-to-the-dollar price quote. After this, our data recovery specialists will use the latest techniques and most advanced equipment to retrieve your lost files.

HWhat should I do if I have lost data stored on my Lexar device?

The moment your files go missing, you need to stop using the damaged media. If you continue to use the device for storing new data then it can lead to more severe damage and can make the recovery process very difficult or not possible at all. You need to bring your Lexar storage device to us so that we can recover your data in the safest possible manner. Also, if you’re not tech-savvy, avoid using DIY data recovery techniques.

Lexar, founded in 1996, is a famous brand of flash memory products. Over the years, Lexar® has emerged as one of the leading global brands of memory solutions. Its SD card, Compact Flash card, USB flash drives, readers, and solid-state drives have become the first choice of users because of the high access speed of Lexar digital products.  In 2006, Lexar was acquired by Micron Technology and subsequently merged with Crucial Technology. Later in 2017, Longsys, a China-based flash memory company acquired the Lexar branding and trademark rights. In 2018, Lexar reentered the flash storage market and by next year, the company launched its first SD card with a storage capacity of 1 terabyte (TB). Lexar products undergo extensive testing to ensure performance, quality, compatibility, and reliability.