How to Rebuild Raid Array without Losing Data

In today’s digital age, every company or individual has to deal with large amounts of data. From images and documents to music and videos files— a large volume of data is stored on various devices. When the data storage needs increase, RAID (Redundant Array of Independent Disks) is widely used. RAID is a popular data storage technology because it offers improved performance and data loss prevention. However, this doesn’t mean that RAID is failure-proof. 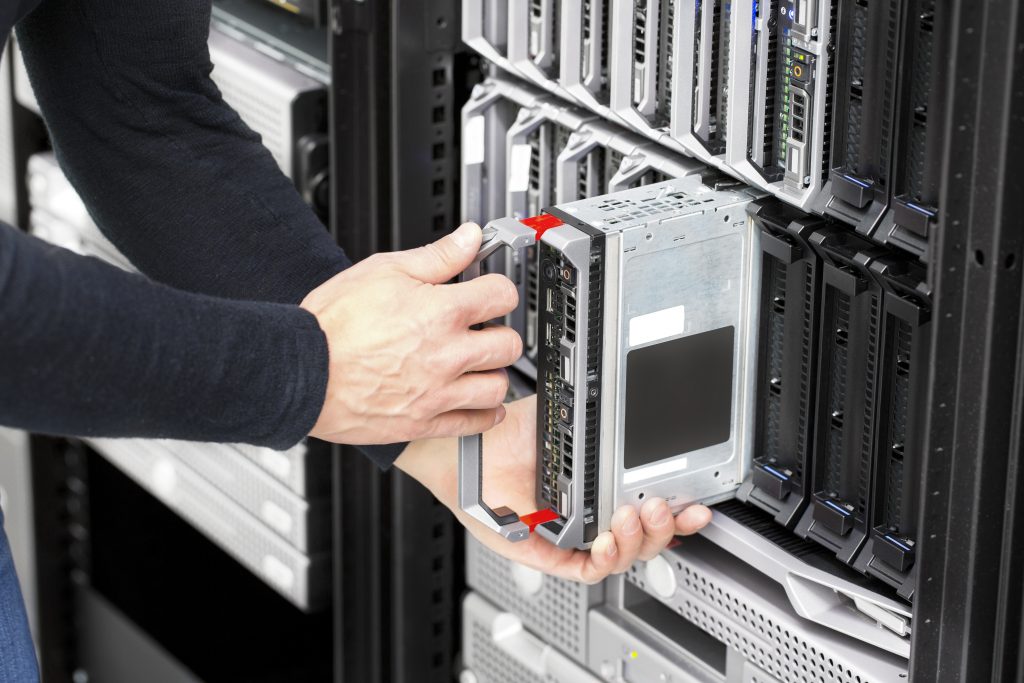 RAID comprises hard drives that are vulnerable to failure. Sometimes, even after continuous monitoring and patching, the RAID array could malfunction. And when this happens, rebuilding the RAID array is a viable solution to restore the data in failed drives. However, RAID rebuild is also not a fail-proof solution. The process of rebuilding an array is quite complex and needs the expertise to avoid data loss. When users try to rebuild the RAID array, they often end up losing their data during the rebuild process. So, if your RAID array has failed or is running in degraded mode, make sure you first understand the dos and don’ts of the rebuild process before hitting the REBUILD RAID button!

What is RAID Rebuilding?

One of the biggest advantages of using RAID arrays is the ability to recover stored data in the event of failure. When one drive fails, the user can retrieve files from the remaining drives to reconstruct the lost data. This method is known as RAID rebuilding. You need to rebuild RAID when one disk of the array fails. Even if the system is running, rebuilding is required because when one hard drive fails, the pressure on other drives increases. Other drives bear the workload of the defective hard drive and that will ultimately impact their performance. If you ignore the issue, other drives may also fail, and then data recovery may become impossible.

The method of reassembling data through the RAID array rebuild has both pros and cons. The RAID administrator needs to reconstruct data when a hard drive fails and needs replacement. In this process, the data of the array is copied on a spare drive while the failed one is replaced. Once the failed drive is replaced, the copied data is reassembled on the new drive using RAID algorithms and parity data. This method works well but there can be some issues. During the rebuild process, latency could negatively impact the performance of some applications or processes.

To prevent this latency issue during the ‘Rebuild RAID Array’ process, it’s crucial to keep a watch on the disks with dedicated Disk monitors. This thorough monitoring of the disk drive in a RAID Array is important to determine whether any disk needs replacement to evade permanent data loss.

How to Rebuild RAID Array?

Hard disks in a RAID system are vulnerable to damage due to several factors such as malware attacks, unstable power, or logical error. When the RAID array required rebuilding, it means the faulty drive is being replaced with an identical drive on the same RAID controller. In case the RAID controller has failed, it’s crucial to find the exact same model of the RAID controller.

The RAID rebuilding process doesn’t always go smoothly. Some RAID rebuilds take several days while some may encounter unrecoverable read errors. Moreover, if proper procedure is not followed, it is also possible to lose all the stored data. So, here are some things you need to consider when rebuilding your RAID array to prevent data loss during the process.

Before you even think about RAID data recovery, you need to first understand the ins and outs of your array’s configuration. Not all RAID systems are the same, so make sure you know your RAID level. The different numeric levels such as RAID 5 or RAID 6 represent the level of data storage and redundancy of the RAID array. The method of rebuilding will depend on the level of your RAID. For instance, if you have RAID 1, the system will fail if one drive malfunctions. You need to use the RAID management utility or test each drive individually on a different hard drive controller to find out which drive is operational. After this, replace the faulty drive with an identical hard drive. The same process is followed for other RAID levels; however, make sure that the order of the drives remains the same.

The different RAID levels have a different set of redundancies and fault tolerances. Once you get little background details about those differences, start with labeling the drives, wires, cables, ports, controller configuration, etc. Next, each disk in the array should be disconnected and connected to the controller before running a RAID Recovery Software. Make sure you understand all the array parameters because if the array is rebuilt with the wrong disk order, the data will be lost. Moreover, during the process, don’t make the mistake of writing any data to the member disks of the original array.

2. Know When to Rebuild Your RAID System

Unless your RAID is fault-tolerant, a single hard drive failure will lead to complete RAID failure.  Typically, the RAID system fails when more hard drives fail than the system’s fault tolerance. This means that if your RAID system has a disk fault tolerance of 1, you need to rebuild it as soon as one disk fails. The higher configuration systems like RAID 10, 5, and 6 can keep functioning in the degraded mode but still, it makes sense to take care of the failed drive. The process of rebuilding is risky. Unless you’re confident to handle this task, it’s better to find a RAID data recovery specialist to rebuild your RAID system.

The next important step is to make sure that new, replacement disks are properly working. Also, before starting the rebuild process, check that the controllers are in good working condition to avoid further problems during the rebuild.  If you try to rebuild RAID with a faulty controller, you could corrupt or lose data. Controller cards are responsible for controlling your hard drives within the array. When a controller card fails, it’s vital to use another exact same controller card to replace the failed one.

4. Image Your Drives before Rebuild

RAID rebuild is not a perfect solution, so make sure you’re well prepared before starting this task. Before starting the rebuild, it’s recommended to clone all of the disks in the RAID array to ensure data security. Imaging your drives before RAID rebuild means the drives that you’re going to put in the array are backed up. While creating an image of the drives, you should label each backup clearly to maintain the proper order in case you ever need to reconstruct the volume from these reserves.

5. Do Not Delete Any File & Avoid Running CHKDSK

Deleting any file before the whole process is completed can cause serious trouble. Often users delete some files during the rebuild process when they don’t have enough space. But until the process is complete, deleting any files will complicate the data recovery. Also, don’t make the mistake of trying recovery by utilizing file system tools like CHKDSK. Running CHKDSK may worsen the problem because it will create a new file system assuming that there is a backup. This will create a problem of overwriting data that can make recovery impossible.