According to recent news reports, the All England Lawn Tennis Club (AELTC) and tech mogul IBM are teaming up to use IBM’s Watson “machine-learning” platform to motitor and analyze the facial expressions of the attendees of this year’s Wimbledon tennis championships. Given that the software is able to learn fast enough, it should be able to figure out which attendees support which players by the end of a couple weeks. 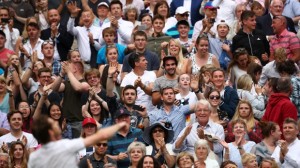 While IBM and the AELTC have been fairly secretive about the project, what’s known of it now certainly brings up some rather pressing legal approval and privacy issues, not to mention it’s likely to utilize new technology that may cause unexpected problems to crop up.

All the same, the interest in the project is a major indicator that tennis is indeed becoming more digitized, for players, fans, and venues alike.

Whether or not Watson ends up tracking smiles and frowns at this year’s Wimbledon, the machine-learning software will be used to monitor millions of conversations across social media platforms including Twitter, Facebook and Instagram. Watson will use natural language processing to draw conclusions regarding common topics, whether they’re tennis-related or not.

“During last year’s final we were analyzing about 400 tweets a second,” stated IBM’s Sam Seddon. “Expand that out into Facebook, Instagram and more long-form context, and that’s a lot of data.”

“We can come up with insights much faster than humans can and inform the media team so they can decide what kind of content they should be offering,” he continued.

Wimbledon’s website received over 70 million visitors during last year’s finals, a testament to the global audience that the Wimbledon’s digital team has come to serve. The team has found that the website has only seconds to convince potential readers to stick with their site for content rather than other sports news outlets.

The stakes are high, explaining why the team ultimately decided to call in IBM for state-of-the-art social media analysis.

“Social media is growing exponentially and is increasingly becoming the primary voice with which we communicate with our fans,” said Alexandra Willis, Wimbledon’s head of communications, content and digital. Wimbledon’s digital team hopes that more information about the flux of information generated through social media will help Wimbledon to create effective strategies for attracting people to their website. 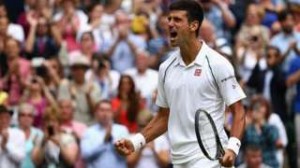 In addition to the social analysis conducted by IBM’s “cognitive command centre,” sensors and computers set across the venue will collect somewhere around 3.2 million pieces of data from 19 tennis courts across the two-week finals. According to the tech mogul, their software offers a sub-second response time and an astounding accuracy rate of 100%.

The data that the software collects, comprising mostly of performance data such as live scores, fastest serves, backhand winners, etc., will be made accessible to viewers through smartphone apps, the website, and even Apple TV. The apps can be personalized so that relevant content regarding favorite players can be received upfront and users can access stats on their favorite athletes dating back eight years.

Perhaps all of this tech-savvy development makes it even more surprising to tech commentators that Wimbledon does not plan to introduce wi-fi in the grounds. Given these circumstances, finals attendees will have to use their mobile networks to access all the stats and content that Wimbledon is trying so hard to generate and make available. This is especially difficult and expensive for international visitors, whose service providers are often miles out of range of extremely expensive to access.

Data analytics have also changed tennis from a playing and coaching point of view. Tennis players can use sensors in their equipment to monitor their own performance, though under International Tennis Federation rules this data is not allowed to be utilized for coaching purposes during matches.