HDD or SSD- How to Make a Better Choice?

Are you looking to buy a new computer or laptop? Whether you’re planning to get a new laptop or looking to upgrade your desktop PC, you need to choose between HDD and SSD. It’s confusing to decide whether to get a Solid State Drive (SSD) or Hard Disk Drive (HDD). Many people don’t even know the difference between SSDs and HDDs. So, how they’re going to pick the best option? 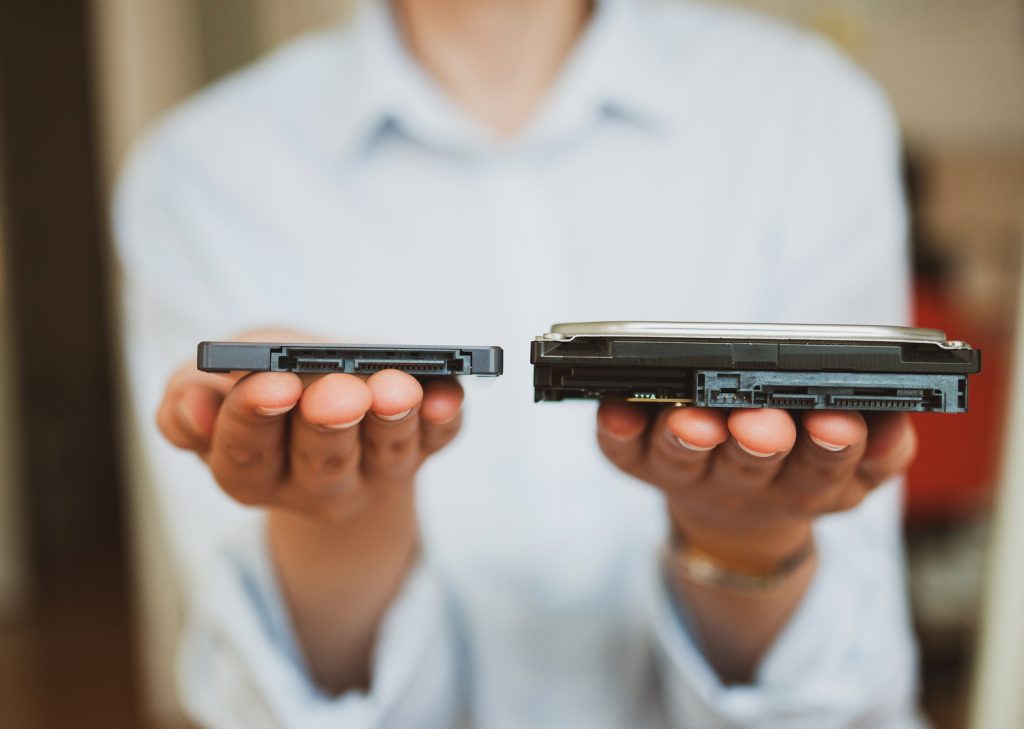 Both Solid State Drive (SSD) and Hard Disk Drive (HDD) are the storage components. They both have similar physical appearances but they store data very differently. So the question arises that which of the two is the better choice. Each type of drive has certain pros and cons and which one you pick depends on various factors. You need to first determine your storage needs and how you use your computer.

If you’re unable to choose between traditional hard drives (HDD) and solid-state drives (SSD), keep reading this post. Here we’ll try to help you choose which one is the best for your needs. But before we come to any conclusion, it’s better to first understand these two storage mediums. We’ll take a look at HDDs and SSDs in terms of speed, capacity, cost, and lifespan – so you can make an informed decision.

What is an HDD?
The desktop PCs, typically, have a traditional hard disk drive. It stores the operating system, along with your files, folders, and any applications you install. Hard Disk Drives have been around for decades as the technology was first introduced by IBM in 1956. As far as its structure is concerned, an HDD consists of a circular disc – known as a platter – that stores your data. There is a read/write head that floats above the spinning platter reading and writing data. It works on magnetism to store data on a rotating platter. As the disc spins, the read-write arm starts to read/write data on the disc. The speed of the drive depends on the speed of the platter spins.

What is an SSD?
Unlike HDDs, Solid-state drives run on flash memory. This is newer storage technology and mostly found in modern laptops. SSDs deliver superior performance and durability because these have no moving parts. A typical SSD uses NAND-based flash memory which is a non-volatile. Also, an SSD does not have a mechanical arm to read and write data. These drives use an embedded processor, known as a controller for reading and writing data.

Conclusion
The HDDs consists of several small, moving parts — magnetic heads, spindles, and spinning platters. Due to these moving parts, hard drives are prone to losing your important data. SSDs, on the other hand, are more durable, run cooler, and use less energy. When it comes to choosing between these two, there’s no straight-forward answer. Your choice depends on your storage and performance needs, preferences, and of course budget. If you’re ready to spend more money on superior performance, go for an SSD. The SSDs are faster, lighter, more durable, and energy-efficient. However, HDDs are cheaper and can store more data.