How Long Can You Really Expect Your Storage Drive to Last?

Unfortunately for our customers, all storage drives fail at some point. Any drive you use without a backup is basically a ticking time bomb waiting to destroy your data.

That said, understanding drive design limitations and preparing appropriately for drive failures can ensure that you never lose the final copy of your data (and if you do, there are ways to get it back!). Here’s a little information about how long you can expect your drive to last and when you should start expecting failure.

The lifespan of a drive depends on a lot of different factors. Do you have a solid-state drive or a more traditional hard disk drive? Do you use your drive every day or does it mostly just sit in the box it came in? These are all important questions to ask yourself when you’re figuring out what to expect from your storage device. 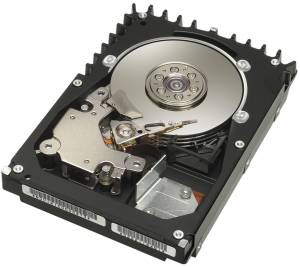 Traditional hard drives (generally found in desktop computers and cheaper laptops) tend to fail sooner than solid-state drives. This is mainly due to the fact that a hard drive’s engineering involves a lot of moving parts like spinning disks and moving arms that adjust the position of magnetized read/write heads. The more moving parts, the more potential places for your drive to fail.

When exactly that failure happens depends on the hard drive’s brand, type, size, and interface method. On average, they should last about four years (Backblaze found that 80% of drives last four years and the majority of the other 20% failed within their third year of use). The same study found that Seagate hard drives tend to fail more than Western Digital or Hitachi drives. In general, a good rule of thumb is to be prepared for a hard drive failure once your warranty ends.

Solid-state drives are constructed to forego the moving parts of their hard drive ancestors and instead supply more reliable memory storage and retrieval at faster speeds, generally for a higher price. Because they don’t rely on a spinning disk to function, SSDs can be smaller in size and last longer than hard drives. In fact, they tend to far outlast their 3-5 year warranties. That said, it’s worth nothing that if you’re unlucky enough for a drive to fail on you, it’s much harder to retrieve data off of SSDs than off of hard drives.

Ok, but what if you’re the kind of data storer that uploads all your information onto a drive and then pops it into a safe deposit box or time capsule? Do you have to worry about losing your data if it’s going to be stored on an untouched drive for years, maybe decades at a time? Again, the answer depends on what kind of drive you’re using.

Hard drives are known to fare well in these circumstances; as long as your drive is stored in a dry, climate-controlled environment, you really only have to worry about the oil in the ball bearings drying out. Spin up you drive every few years to keep everything flowing like it should be and your data should be perfectly accessible. 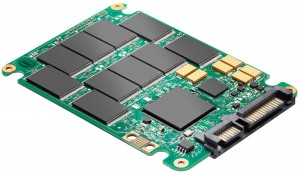 Solid-state drives remain more of a mystery. Because their status as an alternative to magnetic media makes them a relatively new technology, there haven’t been a lot of professionally conducted studies regarding their long-term durability. Theoretically speaking, provided that the SSD is kept in the same climate-controlled environment as the previously discussed hard drive, the only data-degrading process to look out for would involve the slow dissolution of the drive’s NAND cells. That process would supposedly take decades, so the SSD should hold up fine.

In conclusion, if you keep either kind of storage drive offline in a controlled environment, you likely won’t have to worry too much about losing your precious data for years (maybe even decades!) to come. If you’re plugging your new drive in every day, be prepared for a failure within the next 3-5 years, depending on whether you’re using a hard disk drive or solid-state drive.