Every three years, the data storage density potential of magnetic storage devices doubles. This trend has been true since magnetic data storage technology was first developed, way back in the 1950’s. This enormous and exponential growth in data storage capacity just barely keeps pace with the also rapidly expanding quantity of digital data in the world; there’s more pressure than ever to discover new ways to store more data in smaller spaces, and this pressure has yielded a fair amount of successful discoveries.

Take giant magnetoresistance (GMR) devices for example, which function using a “plastic paint” magetic field sensor based on spintronics that allows for the giant magnetoresistance effect to be harnessed for the purposes of data storage. According to the researchers behind the product’s development, magneto-sensitive ink can be painted on basically any substrate and will maintain a GMR of up to 8 percent given ambient conditions. 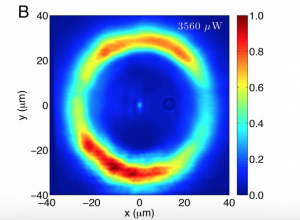 “Our demonstrator with a magnetic switch printed on a postcard suggests that the vision of interactive fully printable electronics can become a reality,” explained Dr. Denys Makarov, leader of the research coalition “Magnetic Nanomembranes” at the IFW Dresden. “More investigations are required to understand the influence of the size of GMR flakes on the resulting GMR response of the magneto-sensitive ink. Furthermore, different binder solutions have to be tested to adjust the viscosity and conductivity of the ink.”

GMR technology isn’t the only product budding up in response to the need for increased magnetic data storage. The call for more and denser space has yielded such responses as the development of perpendicular magnetic recording and heat-assisted magnetic recording. These breakthroughs would all seem to point to the continuation of the practice of storing data magnetically, but many industry analysts have already predicted the death of the hard drive and all magnetically stored data drives that come with it.

However, a recent discovery made by researchers at Helmholtz Zentrum Berlin (HZB) has yielded a new technique using a kind of material that could potentially improve and revolutionize magnetic storage technology way past the current HAMR technology that calls itself “state-of-the-art.”

To explain the importance of the work done at Helmholtz, it’s first important to explain that increasing the data density of a magnetic storage device involves reducing the magnetized regions of the device that store bits. The major obstacle to this process is the fact that these bits destabilize and are prone to flipping their magnetic state in the presence of heat when they get down to a certain size, usually in the range of a few tens of nanometers. 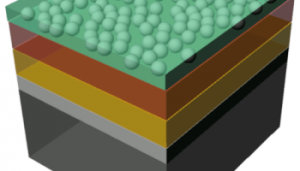 HAMR helped with this issue by heating bits with a focused light beam, making heat an advantage for the devices and enabling researchers to make the bits smaller.

The researchers at HZB have taken this technology a step further; in a research paper published in the journal Physical Review Applied, the team described its use of thin films of dysprosium and cobalt sputtered on a nanostructured membrane as opposed to the iron-platinum materials more traditionally used in HAMR-based data storage devices. The nanostructured membrane was produced by another research team at the Institute of Materials Science of Madrid.

The combination of the membrane and the miniscule dysprosium and cobalt films produced a honeycomb pattern littered with 68 nanometer in diameter nanoholes. The distance between each nanohole is 105 nanometers.

The effect of this structural change is a significant increase in stability; each nanohole is like a pinning point, stabilizing magnetic wall displacements. The magnetic moments of the material occur perpendicular to the plane, staying stable even despite the presence of an external magnetic field.

This discovery may carve out a space for magnetic data storage in a future expected to be dominated by phase-change memory and synthetic DNA.