What is a RAID?

After hard drive failure, the question we receive more often than not is:

“How can I prevent this from happening again?”

As you’ve probably read before, memory devices can fail at any time, and even without warning. While we always recommend backing up to both your computer and an external device, we know that there needs to be a more comprehensive solution for those handling a great deal of data. 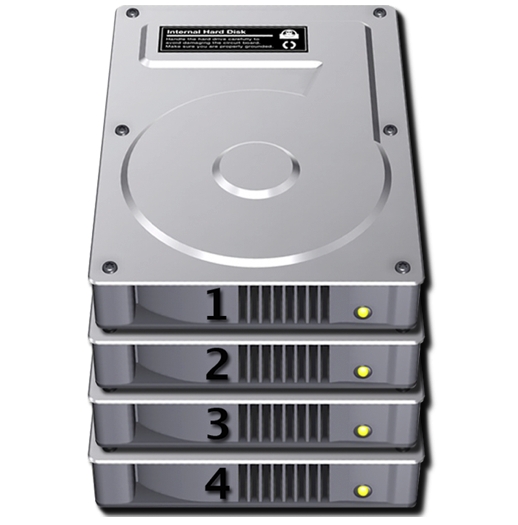 Many photographers and videographers still use single external drives, or sometimes even the cloud system. The problem with these solutions is that now you’re either developing a stack of external drives (where the files are in a single location), or you’re spending a great deal of money and time on a cloud service (with crawling upload speeds and monthly charges to store your files).

Your solution: A RAID System

How it works:
RAID stands for Redundant Array of Independent (or Inexpensive) Disks. As the acronym implies, the entire point of these devices is to provide data redundancy, or to enhance performance, through striping, mirroring, and parity. Striping takes sequential data and segments it to be stored on different physical drives. What does that mean? When your computer is requesting data from a single storage drive, it can only retrieve it as fast at the single drive can provide it. Now, your device can access multiple drives simultaneously, allowing data to be read/written significantly faster.

Think of your file as a group project in school. You can either do the entire project yourself and take a week, or divide it amongst 7 other students and complete it in a day (In a perfect world everyone does their fair share!). That is how data striping works.

Mirroring will replicate your hard drives, in real time, to ensure there is always an available copy of your data. This means that if you have 4 hard drives in your RAID system, only 2 are usable. Since the replication is synchronous, you don’t have to worry about manually telling it to do this or setting back up dates, etc. If one drive fails, you simply replace that drive and the backup re-writes everything to it’s partnered drive.

Parity data allows for redundancy in as low as 3 drives. A parity bit is added to every string of binary code, assigning either an even or odd bit. Bits are either 1’s or 0’s. In a 3 drive system, the first two drives are read by the third, and the third creates parity data that represents both drives using an XOR operation. Think of it like this:

These are the first 2 drives, with their data represented in black. Drive 3 creates a parity of both using XOR (still represented in black). So if Drive 1 were to fail, drives 2 and 3 would be able to reconstruct the missing data using XOR again. It’s akin to logically applying the idea of negative space to produce a positive image.

There are multiple levels of RAID, allowing for any combination of striping, mirroring or parity.

Again, when protecting your information, redundancy is key, and we highly recommend anything above a RAID 0. We have received RAID drives before, but this is usually in a situation in which more than one drive has failed. If you have a failed drive, we don’t recommend continuing to use it until it has been replaced, as you are just putting your data at further risk.

Accidents happen, though. If you find yourself in need of a recovery service, Platinum Data Recovery is here to help!